One of my object for trash-making is banana peel. After talking to John, he also thought this would be the most challenging one because the peel was very thin and the shape was curvy. The liquid bronze maybe won't go through the whole mould. However I still want to try it. At the same time, I look up online to see if there are some artworks about banana peel. Surprisingly I find some interesting images and works of banana peel.

1.
There was a giant banana peel in Copenhagen. It was part of a campaign for keeping Copenhagen clean. The sticker says "Ren by: Det er en kunst att holde byen ren" which means "Clean city: It is an art to keep the city clean." ( via Flickr: Aprile C ) 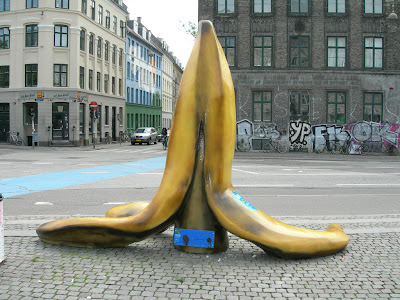 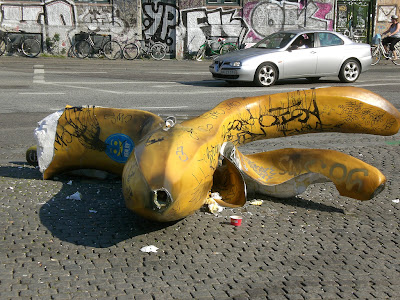 2.
Banana Peel Installation by Adriana Lara at the New Museum's 'The Generational: Younger Than Jesus' Show (food art), 2009. For the banana peel installation, a museum employee is instructed to eat a banana each morning and discard the peel somewhere in the exhibition space, and, appropriately, there's a security guard always hovering nearby to protect it. 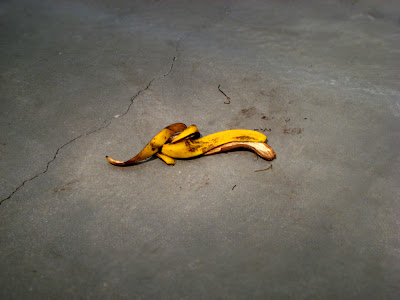 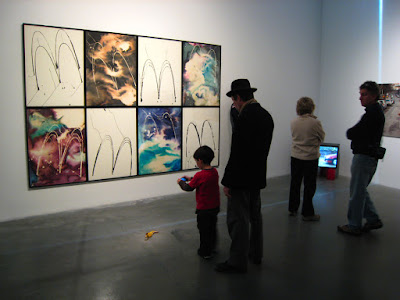 During the show, a visiter even kicked the banana peel away. The contrast of the trash and artwork and the fine line between these two different polars was very interesting and obvious by this accident. ( via EAT ME DAILY )

3.
A jewellery collection inspired by banana peel was designed by McGowan and McClain. 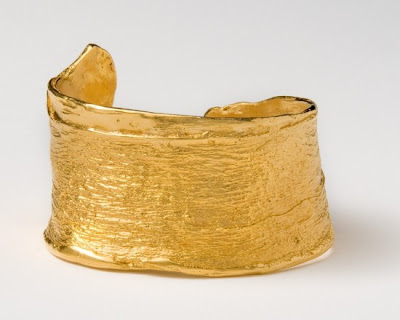 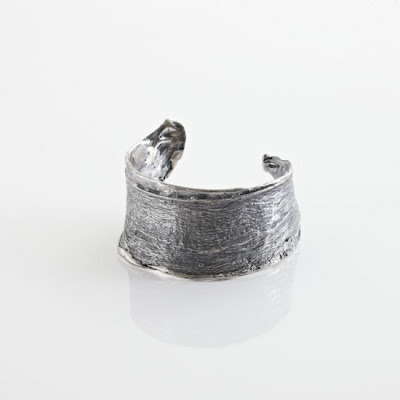 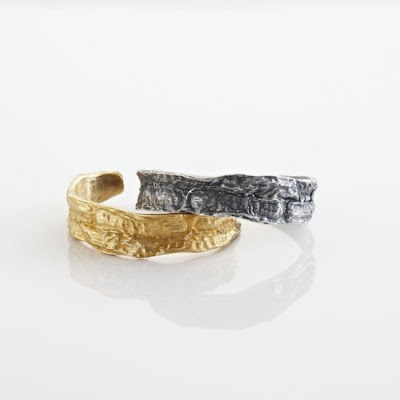 ( via General Valentine and McGowan and McClain )

4.
I think this is the most famous banana and its peel in the world... 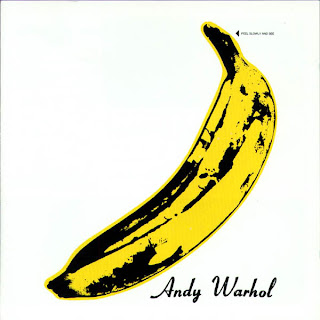 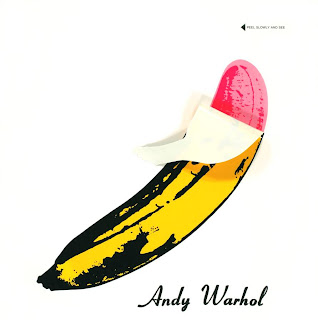 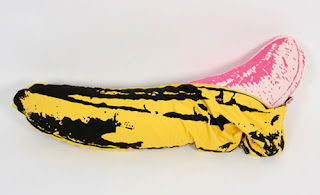 5.
Shattered Banana Peel by the artist Brock Davis. This is from the series called Make Something Cool Everyday: 2009. I like the way he broke the characteristic of banana peel. From this photograph, the soft banana peel transformed into broken and sharp pieces of glass or ceramic. I love it!!! Just like the title suggested, he did do something interesting on 25.01.2009. 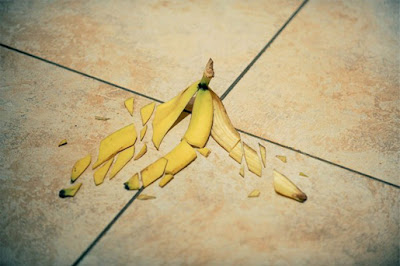