In the degree show, i will show a series of photographs and a series of sculptures. It is quite difficult to me  to install my works because i didn't have many experiences about exhibitions. 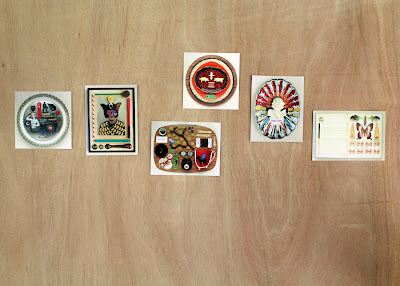 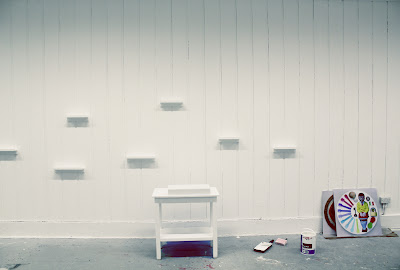 I decided that i would just mount them on MDF without framing them because all the objects are framed within the images by the plates/platforms already and it might be too much if i put another frame outside the prints. The reason i chose MDF was because i liked the thickness of it and it changed the prints into objects. In terms of display, i had an idea of using shelves to hang my prints. Initially i didn't get a firm concept about this decision. Through the time working in the exhibition space, i realised these two ideas actually can work with each other. The content of my pictures is about daily objects and i usually will put them on shelves in my flat. I hope the whole installation can give the viewers the domestic feeling. In addition, the wall i chose in C6 has (annoying) panels that people always complain about. However the distraction from panels now gives my prints something extra. It looks more homey and cozy in a way which is good for my prints. 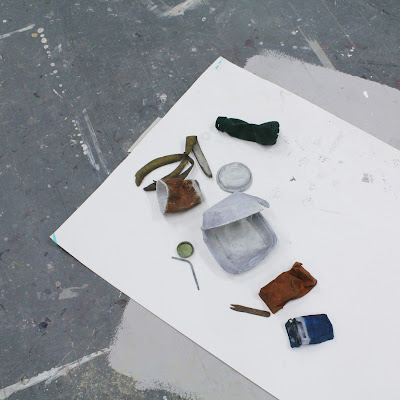 Talking about how to place my sculptures, that was really a challenge to me. Although i exercised the display of my troop of owls in my first year project space, i still found it difficult to me. Especially they are all different objects with various shapes and scales. My plan was to display them directly on the ground because of the nature of trash. In the first try, i placed them nicely and neatly but they didn't look right to me. They look like they are in some well organised museum showroom which is not my expectation. Then I did the second try that just piling them up randomly and spontaneously. They definitely looked better in this way and can deliver a strange feeling toward the audience especially they looked like the real trash now after patina. The only concern was they would be too far away from the viewers and people wouldn't be able to know that they are actually made of bronze after talking to some colleagues but i still want them to be displayed like rubbish on the streets anyway.

Everything is in their position gradually and comes to an end. EXCITING!!! 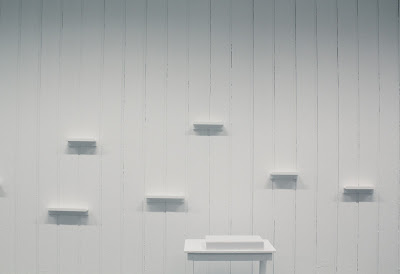