It has actually been such a long time after the model of Talbot Rice foyer was finished. Unfortunately i don't have any idea about it until the deadline is close. At first, i thought i will put some objects that i collected or maybe those were in my photographs to link with my degree show works. However, after trying to put some objects inside the model and found out that the visual outcome was not that interesting and people still can tell the fact that there were some small size objects in a small size model. 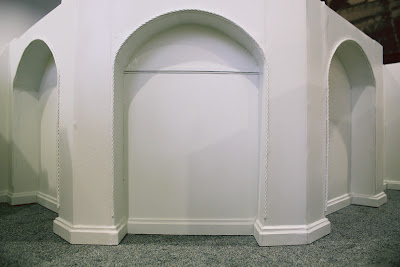 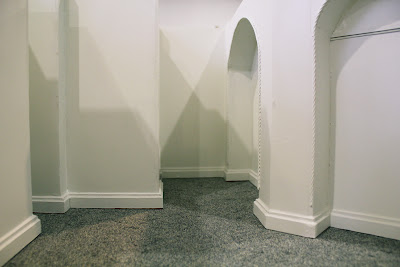 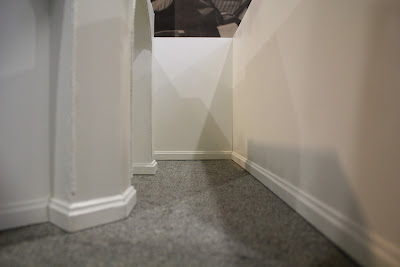 After the trial, I think maybe it will also be good to create this image from my personal interests and daily life. Since i built my tiny garden in my studio's window shelf, i had this idea of building a garden in the foyer. Instead of using plants, i decided to put vegetables that i would eat them in my daily life  within the model to create a vege-garden! Here are some photographs of the working process. 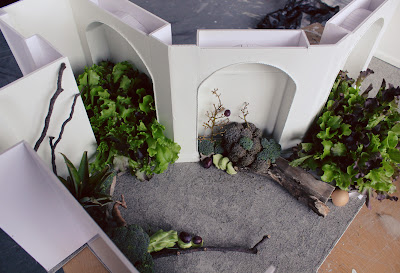